The week began like it usually does–with a delayed opening and the construction of a linothroax in the makerspace.  Mr. Lengel’s Ancient Greek History class brought their linen, tubs of Elmer’s glue, paint brushes, and Meat Loaf (as in music by Meat Loaf, not the food) and set out to construct their own Greek armor.

To start, the class cut several sheets of linen. 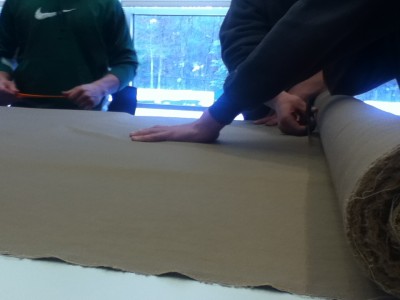 The first layer was placed on the table protected, at this point, with plastic bags. 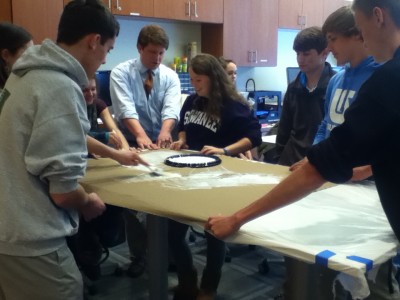 Glue was generously applied to the first layer of linen. 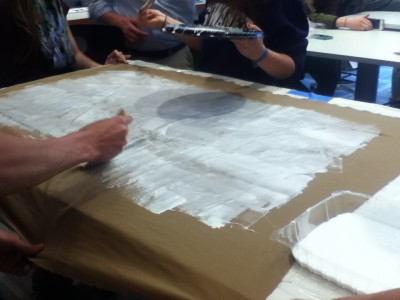 Students spread glue on the first layer of fabric.

A second layer of linen was cut and placed on top of the first. 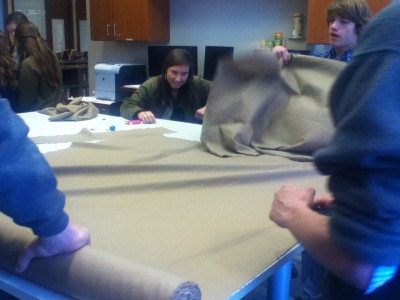 Students cut multiple layers of linen for the armor project. 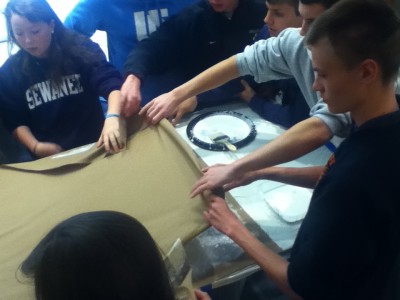 At the time of this writing, the process continues.  At least the armor rests in the library makerspace waiting for the Ancient Greek History students to continue their work.

If you would like to know more about the linothroax, visit this post on the  John Hopkins University Press blog by Alicia Aldrete, co-author of Reconstructing Ancient Linen Body Armor: Unraveling the Linothorax Mystery.

Check back for project updates!