Enjoy some of these pictures and videos from the puppet workshop with Heidi Rugg from Barefoot Puppets and Puppets Off Broad. 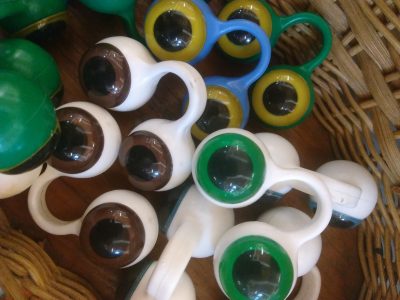 The puppet workshop started out with these peepers by Tobey Ford. 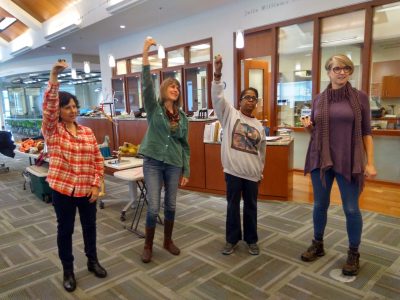 Look closely at the hands of these teachers.  See those peepers.  Also, did you know how hard it is to keep one’s hand and arm raised like this? 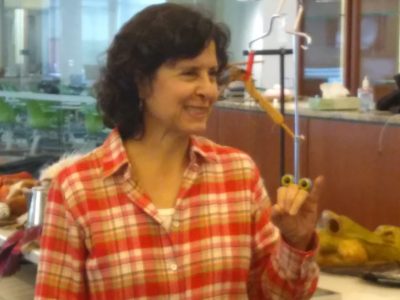 Team work!  These three practice Bunraku, a traditional form of Japanese puppetry with a head puppeteer, a left puppeteer, and a third puppeteer operating the feet. 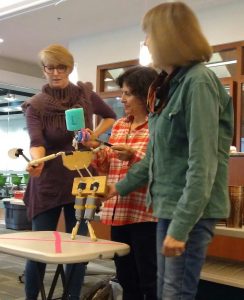 This marionette horse is part of the Naked Puppet exhibit where you can see and touch puppets to better understand how they work.  The marionette is by Kurt and Kathy Hunter.  It’s a replica of a horse by Albrecht Roser. 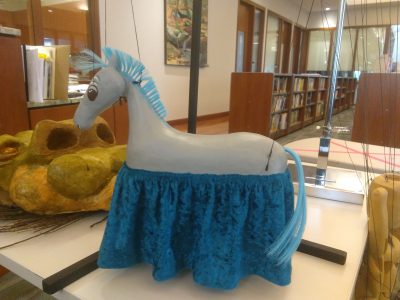 Did you know that there are things called found object puppets?  These are puppets made from objects like tea kettles, vases and brooms, or dowel rods and milk jugs. 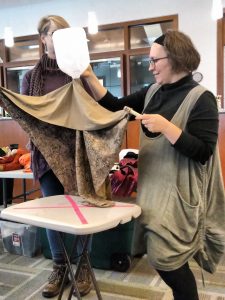 This adorable bush baby was the star of the show.  His eyes are made from orange ping pong balls with glass marbles smushed (and hot glued) in. 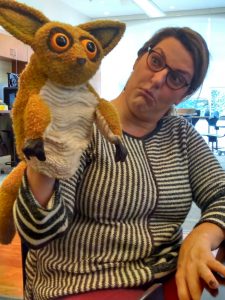 But it wasn’t the only handsome puppet in attendance. 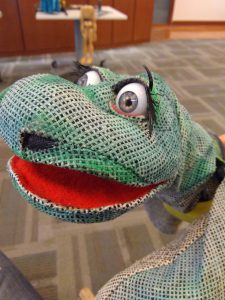 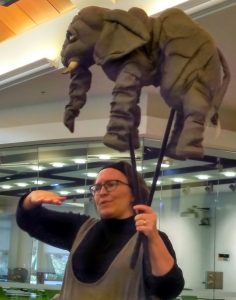 (the legs for this elephant are made from slinkies and lids to peanut butter!) 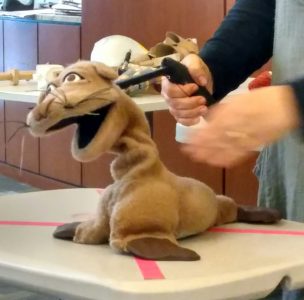 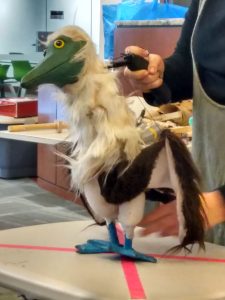 This chicken kind of stole the show too.  Also, I’m sorry for shooting vertically.

We delved into shadow puppets as well.  They’re quick, versatile, and will give you a reason to hang out to that overhead projector if you still have one. 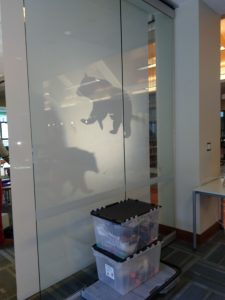 We also learned about crankies.  What you see below is the back side of a crankie.  The background moves with the cranking of a handle suggesting movement or the passing of time.  Check out Manual Cinema for amazing examples of shadow puppetry. 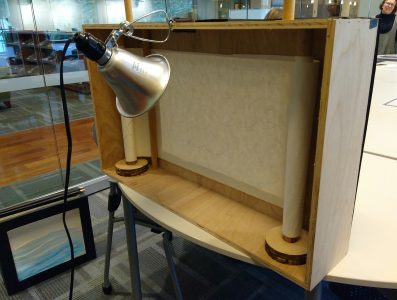 Here is Ms. Cunningham demoing the crankie.  She has a neutral face, because the person cranking can be a part of the story.  He/she can remain neutral (like Ms. Cunningham), or perhaps they could be dressed as a character from or related to the story. 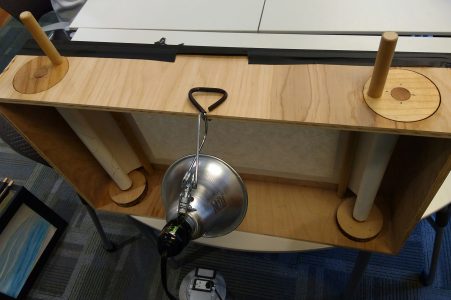 On the floor on the left is a toy theater.  I didn’t get a good picture of that, but here’s a song about it!

If you want to get started on some puppets of your own, check out the following (in the Saunders Family Library):

The Genius Puppetry Behind Warhorse