Imagine it:  You’re returning home from school.  By your front door you see a package from Amazon.  It feels like your birthday!  You have a package!  Everything is going your way.  “What could it be?” You wonder.  You rip through the packing tape, and there it is.  The special thing you ordered. 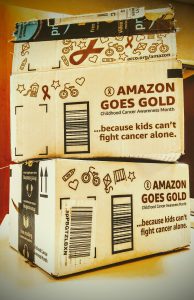 We get to experience that delight often here in the library.  Sometimes the delivery is a total disappointment (office supplies…),

but usually the delivery brings an assortment of hand-picked treasures (i.e. books).  And with each book comes the possibility that you have found the gateway to your next epiphany, the source of your next guffaw, the reason why you went through that entire box of tissues.

Without further ado, take a look at some of the contents of our most recent delivery.

The Grip of It is here just in time for October, THE month for horror and thrillers.  This experimental novel compared frequently to Mark Z. Danielewski’s House of Leaves is the story of a young couple and their haunting new home. 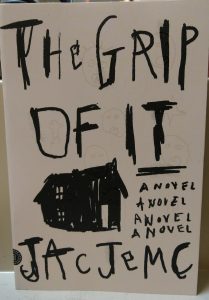 The Grip of It by Jac Jemc

Wild Things: The Joy of Reading Children’s Literature as an Adult (or even as a young adult, I bet) revisits classics like Charlotte’s Web, Where the Wild Things Are, Goodnight Moon, and more.  Have you read Goodnight Moon recently?  Go back and take another look.  It’s poetry!  What do we get out of these children’s classics when we go back and read them with more experience? 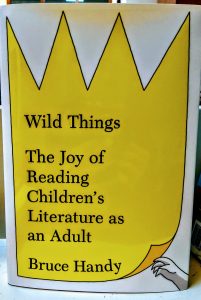 The First Tour de France: Sixty Cyclists and Nineteen Days of Daring on the Road to Paris chronicles the beginnings of the Tour de France, which was not at all glamorous.  Amateur cyclists and their 35-pound bikes were rounded up to race the hills and substandard roads of France. 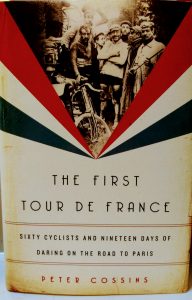 The Solace of Trees follows an orphan from Bosnia as he seeks refuge in the United States.  However, the impacts of September 11th, 2001 touch the boy and his adoptive family in unimagined ways. 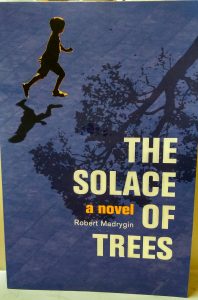 Significant Zero: Heroes, Villains, and the Fight for Art and Soul in Video Games is a behind-the-scenes look into what it takes to make video games today. 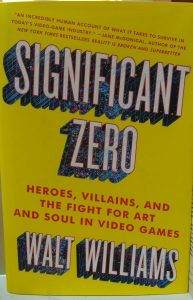 The Raqqa Diaries: Escape from “Islamic State” is the first hand account of a young man who shared his experiences of being in Raqqa as ISIS infiltrated the city.  The book began with broadcasts on BBC’s Radio4’s Today program. 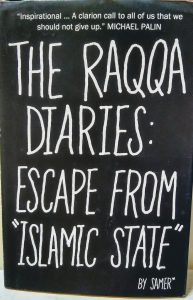 Four high school seniors wait and watch as an asteroid makes its way toward Earth in We All Looked Up. 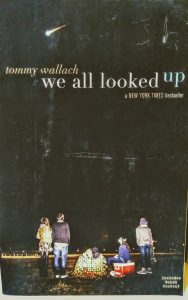 Rebecca Entel’s debut novel, Fingerprints of Previous Owners, is set at a Caribbean resort, which was once a former slave plantation.  Myrna, a maid at the resort, explores the plantation’s ruins by night.  “…Entel explores what it means to colonize and be colonized, to trespass and be trespassed upon, to be wounded and to heal.” (That’s from the back of the book). 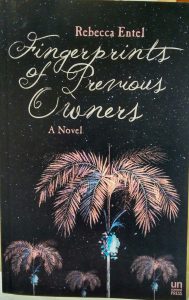